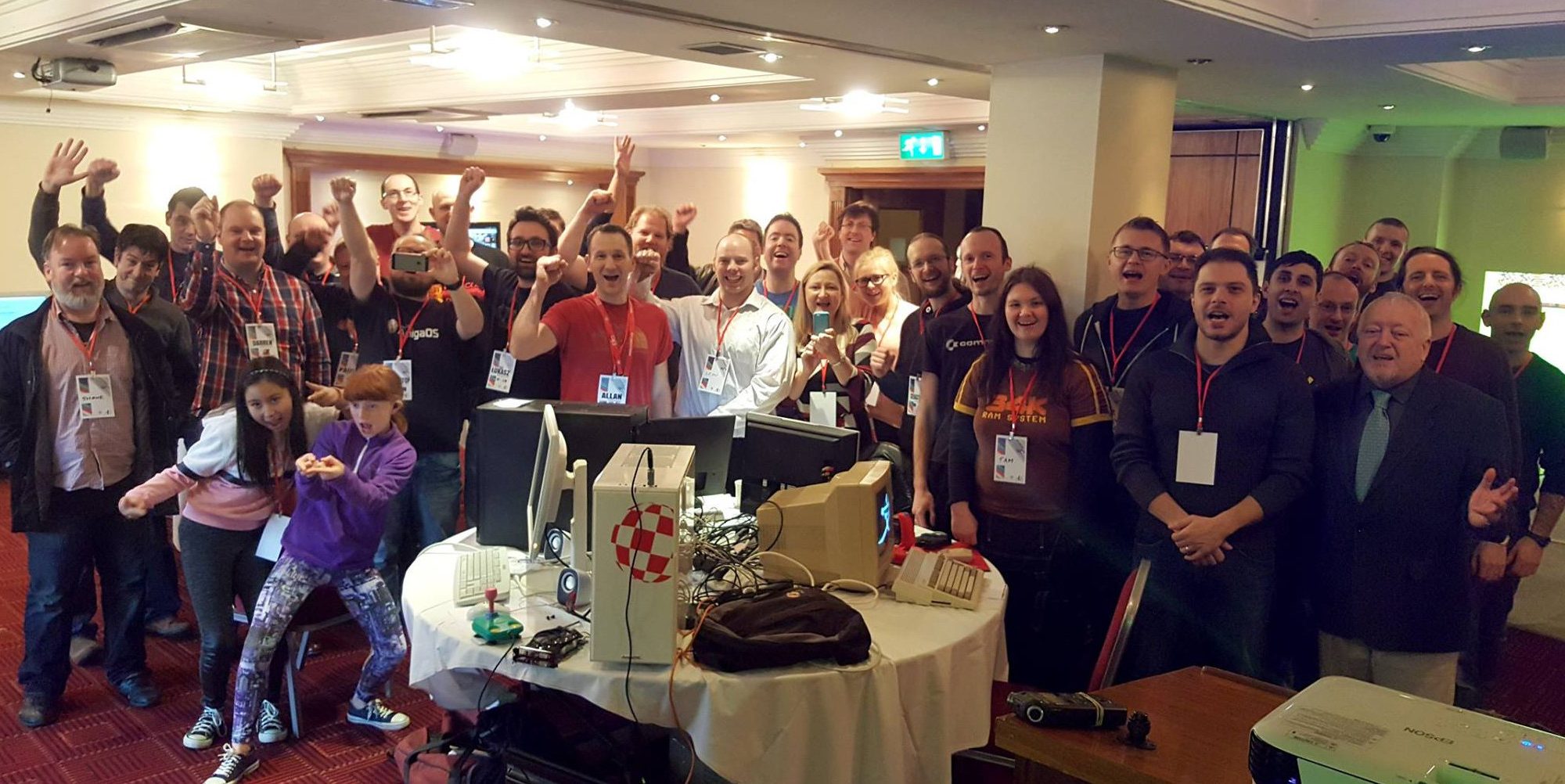 Meet fellow Commodore and Amiga fanatics as well as some of the people behind developments of past and present. Trophies for the winners of our gaming competitions, spot prizes, exhibitions, workshops, demo comp, interviews and most importantly – good ‘craic’ as we say in Ireland ( ‘fun and good cheer’). Visit www.amigausers.ie/media to see images and video.

Meet people behind the past, present and future of Commodore and Amiga developments. We’ve invited some great guests and thankfully, they have either committed to come or are hoping to make it.

Some excellent Youtubers and Podcasters will be there too. This is just a short list and we are hopeful that other names from Amiga Format & Commodore will confirm their attendance soon.

Again this year there will be trophies for Sensible World of Soccer, Stunt Car Racer and more. We will also have Amigas linked up with Skidmarks for some 8 player madness.

On the C64, Paper Plane Hi-Score competition runs all weekend as well as a Sub Duel play off.
Workshops
Programming, Music Creation, Soldering: these workshops ran last year and we plan the same again this year. Limited soldering equipment available so bring what you can.

Enter your demo, art music or PETSCII. It could be something as simple as a Father Ted quote, a music piece or as complex as Irish art/calligraphy made in your favorite graphics editor. You can even submit an Amiga cake or knit a C= jumper – let your imagination run free 🙂 Our judges will announce the top entries as well as runners up. Submissions to info@amigausers.ie.

See Terrible Fire accelerators, Vampire, Dropbox & Google Drive for Amiga, WiFi on C64 and Amiga and other displays on the day. Core AROS developer will be there on the day to demo the latest developments. There is a rumour that someone is bringing a Commodore PET on the day 🙂

Every year we have workshops in programming and music creation. Last year we had a soldering workshop run by Rob Cranley which was very popular. If you’d like to solder this year, bring equipment with you and we’ll be able to give you pointers.

Amiga WiFi cards, notepads and boxed games will be among spot prizes on the day.

The Amiga Ireland podcast will record an episode at the event with a live audience.

Go for a meal with the organisers and our VIP guests on Friday night. On Saturday after the event, we go to Gertie Brown’s pub.

Tickets can be booked at http://amigausers.ie/tickets/

Many thanks to our sponsors: